In the interaction model shown in Figure 3, a Controllerrepresents a control automation component typically implemented in a PLC or DCS controller. Today, devices may be connected to Controllersand can be as simple as an inductive proximity switch or as complex as a Coriolis flowmeter or servo drive. In the future, devicesmay communicate directly with Compute, eliminating the overhead of a Controlleracting as an intermediary. Compute's hardware aspect scales from a single-board computer-based data gateway to a blade server in the cloud. Examples of Computeinclude historians, analytics, and complete MESs. 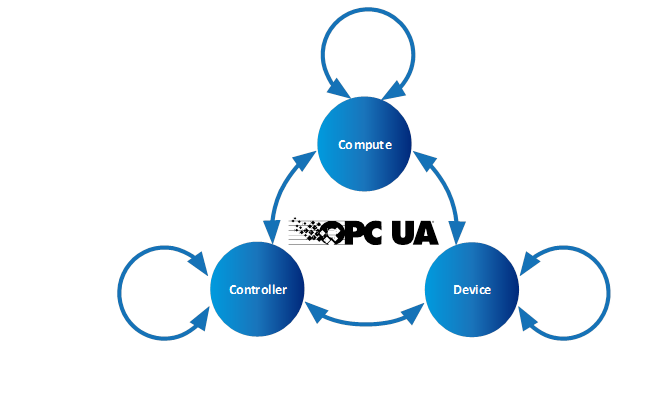