This section gives a rough overview on how IODD information is mapped to an OPC UA ObjectType. The formal definition is given in section 7.3.

In Figure 10, an example of such a mapping is given. On the left hand, parts of an IODD are shown. On the right, the representation as ObjectType in OPC UA is shown. The IODevice is mapped to an ObjectType. The UserInterface information is mapped mainly to Objects of FunctionalGroupType. The Observer Object is directly connected to the ObjectType, its submenu Diagnostics is referenced by the Observer Object. The Diagnostics menu contains two conditional menus in the IODD, which are both mapped as optional Objects under the Diagnostics Object. The M_OR_Diagnosis_1132 menu references two Variables. This is mapped by referencing the corresponding variables of the ParameterSet. Some details of the mapping like handling conditions or additional information for Variables like EngineeringUnits are not shown in the figure and defined in section 7.3. 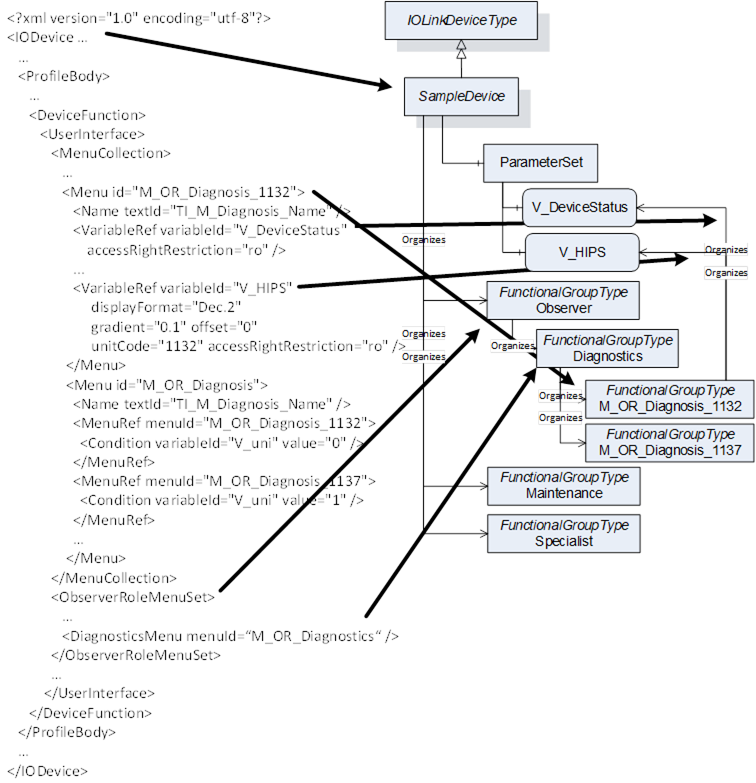