In a system an Objectmight have multiple Alarmsassociated with it. These Alarmsmight be directly Referencedby an Objector they might have no direct Referencesfrom the Objectto the Alarm. Alarms might also be related to Objectsthat are nested under the Object. When the Objectis represented in a graphic in a plant, it is often important to be able to see if there is an active Alarmassociated with it. This indication could just be a flashing value or flashing image or a change in color of the image. 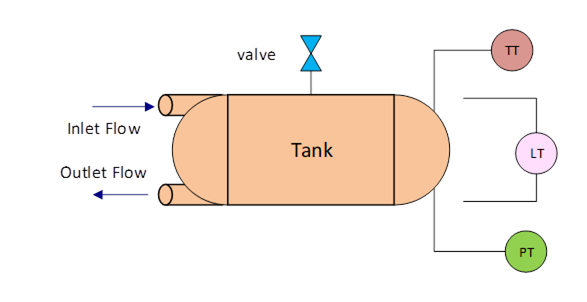 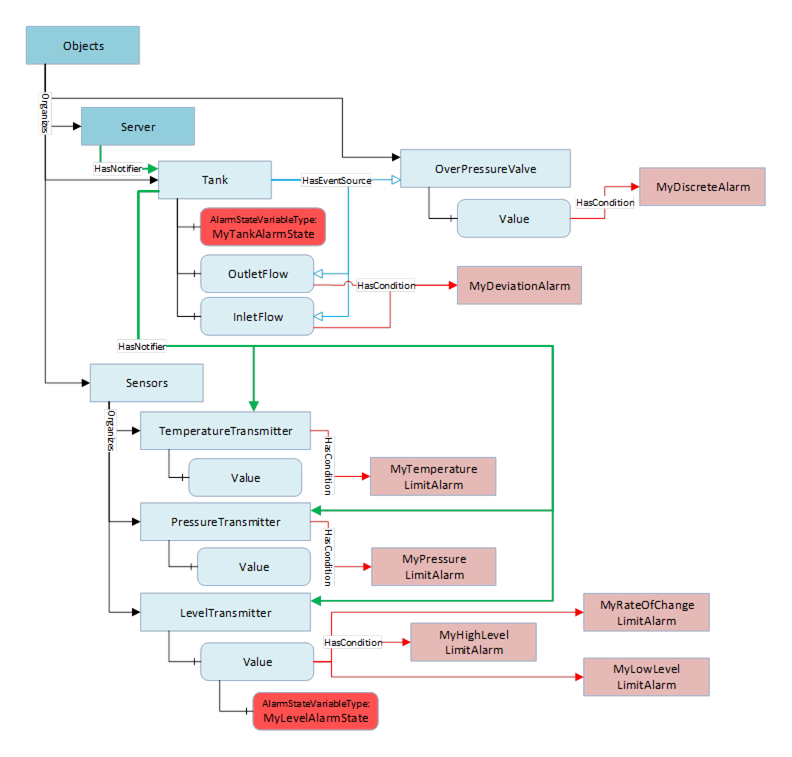 All of these sub-objects might have unique alarms associated with them, such as limit alarms on the temperature and levels, maybe rate of change alarm as well as limit alarms on the pressure. Maybe some advanced Alarms that are associated with the tank for an invalid state (in the inlet flow > 0 and the outlet flow is > 0). Maybe a discrete alarm on the pressure release valve, i.e. when it is open it is an alarm. The overall alarm state of the Tank might need to be displayed on a graphic or maybe the LevelTransmitter’s value needs to indicate that there is an alarm associated with the value.