In some cases, it is desirable to further define the Activestate of an Alarm by providing a sub-state machine for the ActiveState. For example, a multi-state level Alarm when in the Activestate may be in one of the following sub-states: LowLow, Low, High or HighHigh. The state model is illustrated in Figure 7. 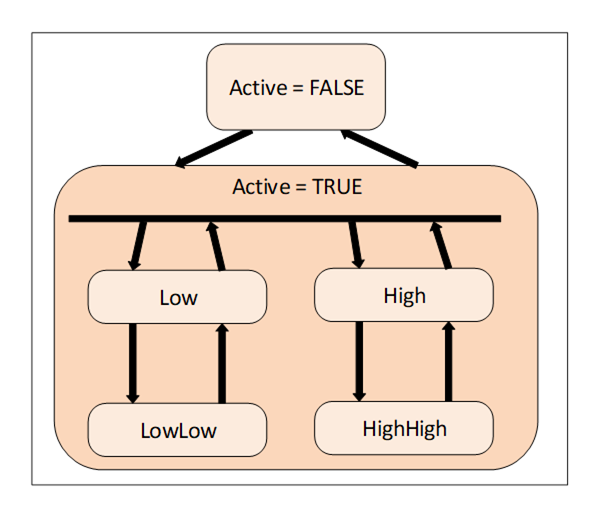 With the multi-state Alarm model, state transitions among the sub-states of Activeare allowed without causing a transition out of the Activestate.

To accommodate different use cases both a (mutually) exclusive and a non-exclusive model are supported.

Some Alarm systems, however, allow multiple sub-states to exist in parallel. This is called non-exclusive. In the previous example where the temperature exceeds the HighHigh limit a non-exclusive level Alarmwill be both in the High and the HighHigh sub-state.