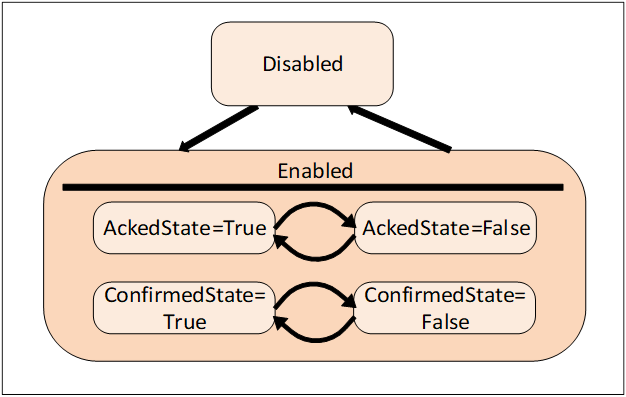 Two Acknowledgestate models are supported by this standard. Either of these state models can be extended to support more complex acknowledgement situations.

The basic Acknowledgestate model is illustrated in Figure 3. This model defines an AckedState. The specific state changes that result in a change to the state depend on a Server’s implementation. For example, in typical Alarmmodels the change is limited to a transition to the Activestate or transitions within the Activestate. More complex models however can also allow for changes to the AckedState when the Conditiontransitions to an inactive state. 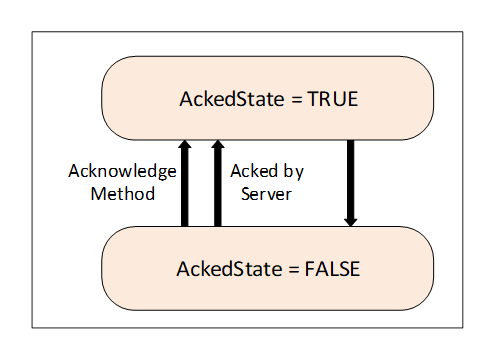 A more complex state model which adds a confirmation to the basic Acknowledgeis illustrated in Figure 4. The Confirmed Acknowledgemodel is typically used to differentiate between acknowledging the presence of a Conditionand having done something to address the Condition. For example, an Operatorreceiving a motor high temperature Notificationcalls the Acknowledge Methodto inform the Serverthat the high temperature has been observed. The Operatorthen takes some action such as lowering the load on the motor in order to reduce the temperature. The Operatorthen calls the Confirm Methodto inform the Serverthat a corrective action has been taken. 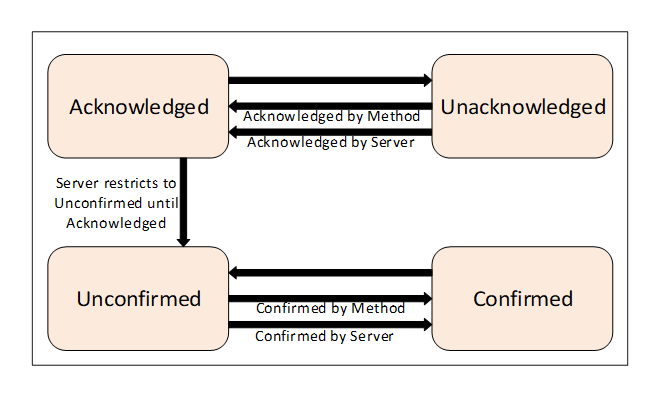