Additionally to data that is relevant for a CNC Channel, CncChannelTypeorganizes Objectsof type CncAxisTypeand CncSpindleType. That is to indicate which components are currently administrated by this channel.

Events of Type CncMessageTypeare used to provide channel specific messages that are not an alarm but an uncritical information, e.g. a user created message out of the CNC part program.

Events of type GeneralModelChangeEventTypeare used to inform about changes in the Information Model. Examples for the need of a model change event:

Instances of CncChannelTypeprovide the position of the channel’s tool center point in different coordinate systems. Therefore, the following definitions have to be considered: 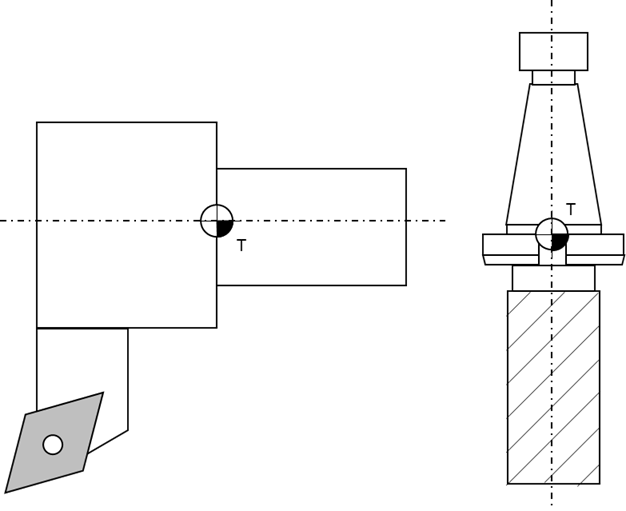 The coordinate systems are built based on the right-hand-rule, illustrated in Figure 14.

Figure 15shows an overview for the CncChannelType.It is formally defined in Table 12. 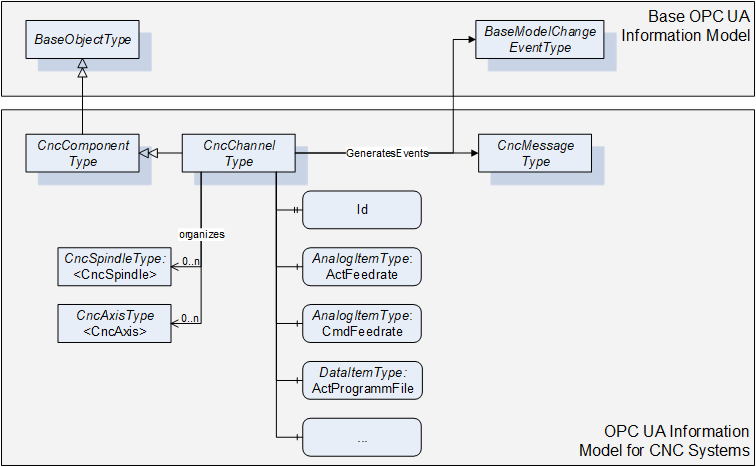