Annex B (normative)Recipe and Recipe Management

What is a Recipe ?

A recipe in the context of this specification is a description of single steps (called recipe elements) that can be performed sequentially and/or in parallel. Within a recipe there can be different types of steps. This specification defines the following recipe steps:

The list of defined steps is not complete and can be extended vendor-specifically or in later versions.

Structures of Recipes for Weighing Technology

In this chapter, the structure of a recipe will be described in more detail. Each recipe contains a start and an end element as well as many recipe steps and dependencies between the individual steps. The following sequences must be modeled for typical scale applications:

Figure B.1 – Sequential part of a recipe with two recipe steps 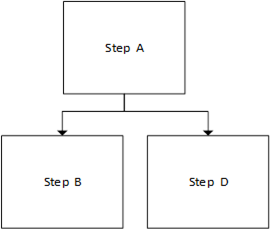 Figure B.2 – Forking part of a recipe with two simultaneous steps

Figure B.3 – Joining part of a recipe waiting on two other steps

A recipe represents a directed graph without cycles. A recipe element A may therefore only refer to a recipe element B if there is no path between the start and A where B is an element.