A Device Integration Hostis a Serverthat manages integration of multiple Devicesin an automation system and provides Clientswith access to information about Devicesregardless of where the information is stored, for example, in the Deviceitself or in a data store. The Devicecommunication is internal to the host and may be based on field-specific protocols.

The Information Modelspecifies the entities that can be accessed in a Device Integration Host. This standard does not define how these elements are instantiated. The host may use network scanning services, the OPC UA Node Management Servicesor proprietary configuration tools.

Figure 25and Figure 26illustrate an example configuration and the configured topology as it will appear in the Server AddressSpace(details left out).

Figure 25– Example of an automation system 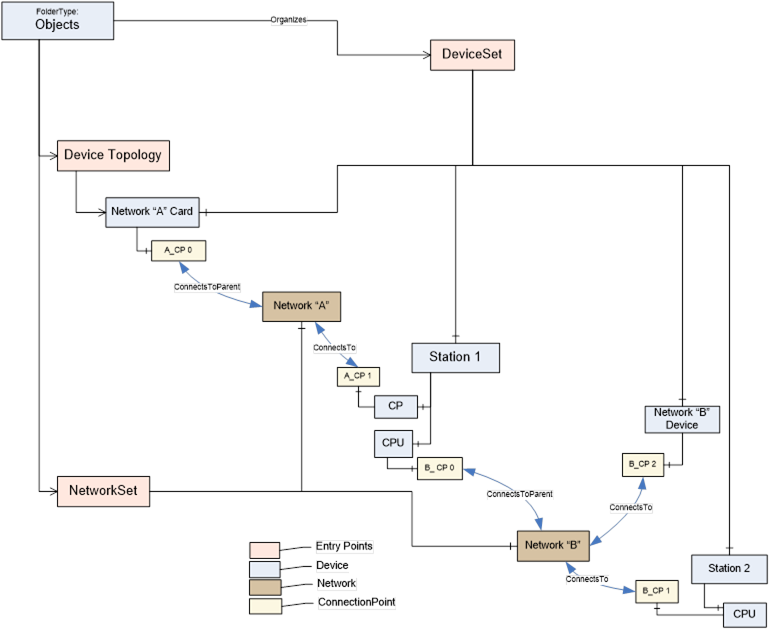 Figure 26– Example of a Device topology

Coloured boxes are used to recognize the various types of information.