The ExclusiveLimitStateMachineTypedefines the state machine used by AlarmConditionTypesthat handle multiple mutually exclusive limits. It is illustrated in Figure 19. 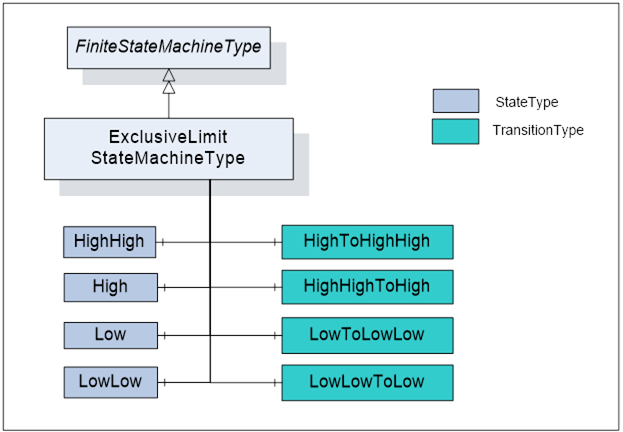 It is created by extending the FiniteStateMachineType. It is formally defined in Table 93and the state transitions are described in Table 94.

The LowLow, Low, High, HighHighare typical for many industries. Vendors can introduce sub-state models that include additional limits; they may also omit limits in an instance. If a model omits states or transitions in the StateMachine, it is recommended that they provide the optional Property AvailableStatesand/or AvailableTransitions(see 10000-16).