C.3 Guidelines on how to combine different companion specifications based on OPC UA for Devices in one OPC UA application

When supporting several companion specifications in one OPC UA application it is recommended to use the composition approach as described in section C.1. To expose the possibilities further, the example is extended as shown in Figure C.3. Again, subtypes for the concrete type of device are not considered for simplicity. The IOLinkDeviceType is already not derived from DeviceType but TopologyElementType. As the FDT and AutoID specifications derive from DeviceType, the device is represented by several instances of the DeviceType. 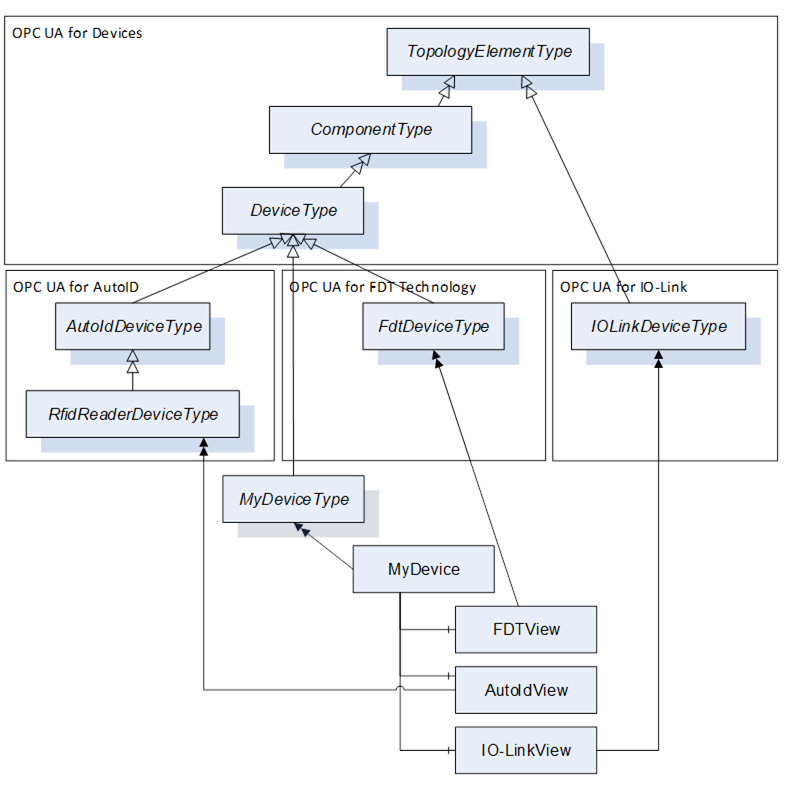 In order to limit the usage of DeviceType instances, an alternative approach is shown in Figure C.4. Here, the RfidReaderDeviceType is used as main Object to represent the device, and the objects defined by the other companion specifications are composed. 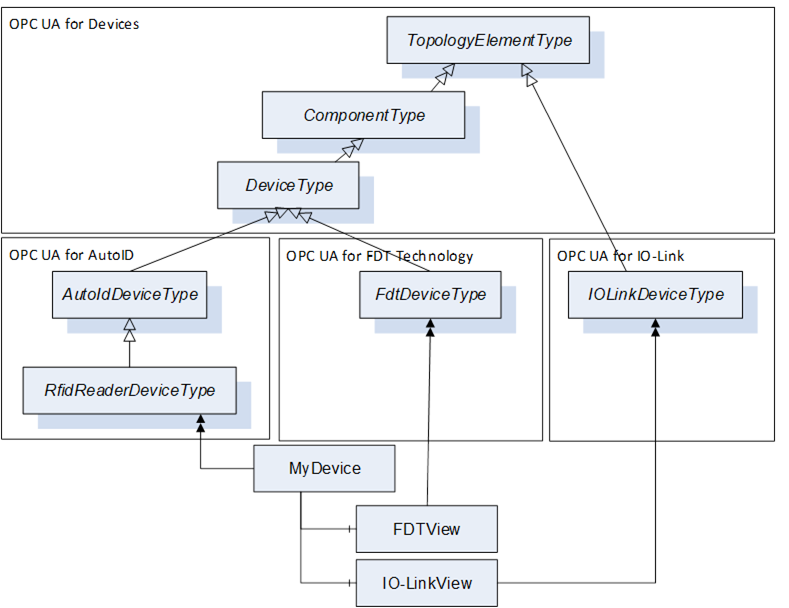 It is recommended to use one of the two approaches described above.